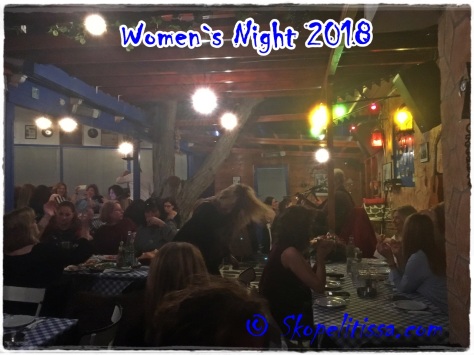 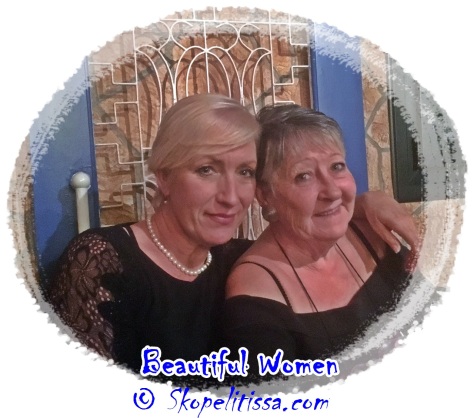 We had a good evening at Karidia,
90% women and not quiet at all!
We “oldest” left early, but some was there
until 02.30, – and lots of plates was broken!
You know the old “tradition” to through plates
when somebody is dancing?

Greek tradition has it that this practice started when a rich family invited a much poorer family to dinner and to make them feel better invited them to break the plates. They were proving that friendship is everything. And there`s no better way of proving that than dining with friends over Greek food.

In its earliest form, plate smashing may be a survival of the ancient custom of ritually “killing” the ceramic vessels used for feasts commemorating the dead. The voluntary breaking of plates, which is a type of controlled loss, may also have helped participants in dealing with the deaths of their loved ones, a loss which they could not control. ”
Cut from http://www.zorbasdancerestaurant.co.uk/greek-plate-smashing

I think there are many explanations for the plate smashings,
one I heard was that is was the best way for a young girl to show a young boy that she admired him, – this was in the old days, when youngsters were not allowed to meet alone anywhere!
Nowadays smashing of plates does not happen often,
flowers and napkins are more used.

While waiting for the ferry I shot this; 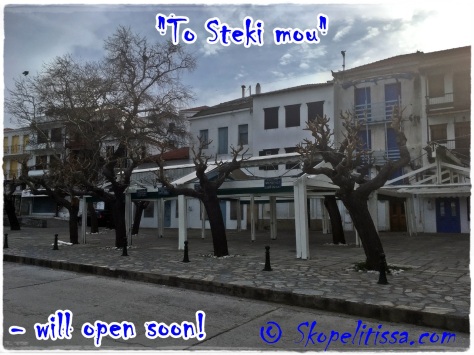 In my garden today: 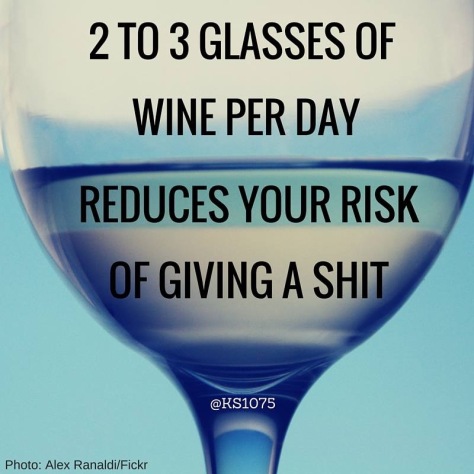 -Do you want to play Doctor?
Oh yes.
-I will play doctor, and you will give the «fakelákia.!

Typical Greek joke! Often one has to give the doctor/doctors
a «fakelaki» – an envelope (with money), in order to get things done.

That was a photo from the net, lovely isent it? 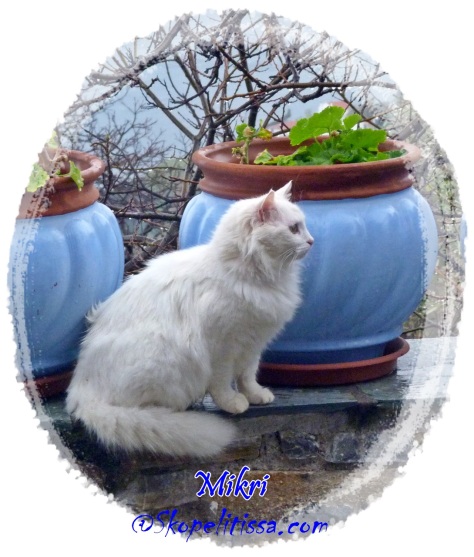 and have a lovely day! 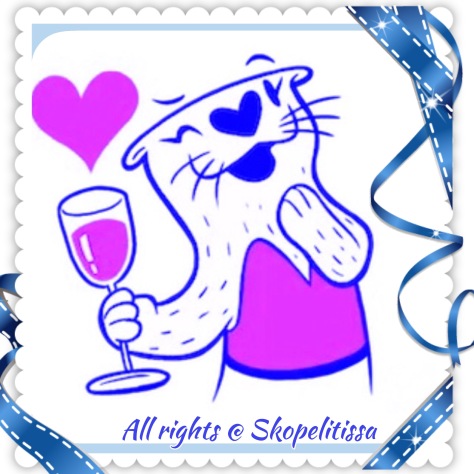